Before You Backwash a DE Filter, Consider This ... 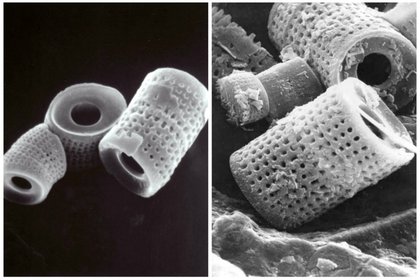 Over the past several years, as parts of the nation grappled with a severe drought, the industry has developed a more water-sensitive approach to the way it maintains pools. We’ve seen numerous examples of this, such as advocating for evaporation covers, limiting the use of waterfeatures, and being more conscientious about our drain-and-refill practices.

But there is another water-conservation practice that still hasn’t quite caught on.

In the minds of many service technicians, backwashing is a quick and easy way to purge the filter of dirt and old diatomaceous earth. Simply top off the filter with fresh DE, and you’re good to go, right?

This is better in theory than in practice.

In reality, much of that old media remains. What you’ll have then is old DE mixed with new, creating an inconsistent precoat throughout the surface area of the grids.

That’s why I’m encouraging service techs to think twice before backwashing DE filters. Rather than backwash, I suggest cleaning the filter. Not only is this a more water-wise approach, but it also will help the filter function more effectively, resulting in a cleaner pool.

To understand why I’m advocating this approach, we should take a closer look at what this material is and how it works.

A single diatom is very porous, with about 85% void space. In the typical pool grade of DE, the particles are actually an assemblage of individual diatom particles, with a median particle size of approximately 40 microns. The precoat formed in the filter makes up many millions of these particles on the filter element.

By backwashing, you merely disturb the even distribution of the media. Also, the residual dirt will add pressure in the filter. Introducing new DE to the mix only compounds matters. In doing this, you could end up overcharging the filter. Where old media meets new, the DE could be too thick in places, bridging gaps between grids, clogging the flow of water.

There is a better way.

By cleaning the filter, you not only save water, you start anew. Now you can add the proper amount of media, re-establishing an adequate, even precoat.

Cleaning the filter is a lengthier process than simply backwashing. It involves disassembling the filter, removing the grids and rinsing off the dirt. You may need to use a detergent solution or filter cleanser and a bottle brush.

To recharge the filter, I suggest following a couple key steps that some professionals skip. For one thing, you’ll need to create slurry before adding the new media. A good rule of thumb is 1 to 2 pounds of DE per gallon of water. The resulting mix should be the consistency of a milkshake. Simply agitate and pour it into the skimmer at a steady rate.

I prefer the slurry method to simply dumping dry DE into the skimmer, which is a common practice. When placing DE directly into the skimmer, the media might not dilute enough before it reaches the filter. A good slurry creates a mixture of the various-sized particles and reintroduces them into the filter at the same time to form a consistent cake across all square feet of grid space.

One more tip: After reassembling the filter, release all the air through the vent. If a trapped air bubble is large enough, it will prevent the DE from forming a precoat on the top few inches of the grids. Likewise, small bubbles can push through the grid, displacing the DE. Again, the goal here is a full, even distribution of the media.

I understand that time is money in the service field, so backwashing may seem like an efficient solution, but it’s doing your customer little good in the long run. Besides, depending on bather load, you may be able to go longer between filter cycles by starting fresh.

And let’s not forget, you’ll save water in the process. Consider all the pools with DE filters on your route. That amounts to thousands of gallons per year.

How’s that for being water-wise?

With material that old, you may think there couldn’t possibly be any new advancement in the product, but you’d be wrong.

There is now a low-dust option. This important development addresses the biggest complaint service technicians have about working this super-effective filter media. There is no skirting around the fact that DE is technically a carcinogen. That’s why manufacturers have long recommended wearing a breathing mask when using the material.

The low-dust formula prevents the media from forming a cloud when somebody opens the package or scoops out the dry powder, making it safer and cleaner to use.

There are improvements to its packaging, too. In some cases, techs can now mix water directly in the package, further reducing dust and making it more convenient to work with. Simply dump the mixture directly into the skimmer. No bucket required.