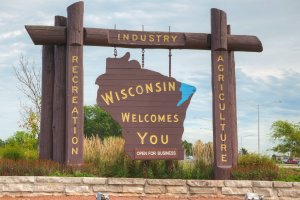 The Midwestern industry saw two significant victories in the efforts to categorize its services as essential during shelter-in-place orders resulting from the coronavirus.

In Wisconsin, pool and spa companies were shocked when state orders even ruled out service and maintenance work. The language of the executive was broad enough that some believed construction and retail operations could continue, however certain police departments saw otherwise.

“Many of our members from Wisconsin got calls from the local police force saying, ‘We’re calling to say you need to shut down,’” said Dan Lenz, vice president of All Seasons Pools & Spas in Orland Park, Ill., and president of the Midwest Chapter of the Pool & Hot Tub Alliance.

Outside the industry, police were said to have questioned consumers waiting in line to enter supermarkets and department stores, turning away those waiting to purchase items they deemed nonessential.

PHTA’s Midwest Chapter reached out to the state to argue for essential status. Without treatment, the organization said, the state’s 150,000 pools and approximately 80,000 hot tubs in the Badger State would become breeding grounds for pathogens and pests alike, potentially including the coronavirus.

The group also lobbied to allow for the completion of existing construction, arguing that temporary fencing is not meant to stay in place for months at a time.

“It is far safer to allow completion of the project, while adhering to social distancing,” the organization said. “In addition, incomplete excavation sites require shoring to prevent the risk of wall or land collapse.”

The state agreed and finally allowed service and retail to resume, and for existing construction projects to be completed.

Michigan, another state with strict restrictions on the industry, loosened up late last month while extending its stay-at-home orders until May 15.

A new executive order by Governor Gretchen Whitmer allowed some outdoor activities and certain types of staff to resume their work. The changes opened the door for retail operations that offer curbside pickup and home delivery, and for maintenance work — both under the condition that social distancing take place.