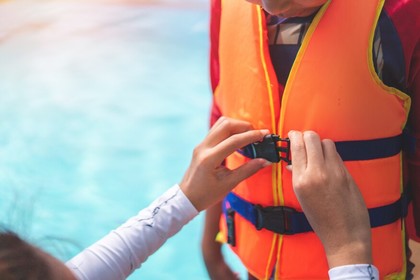 A comprehensive national plan to curb drowning in the U.S. is underway.

The U.S. National Water Safety Action Plan comes in response to a recommendation from the World Health Organization that all countries figure out the best way to curb drowning in their area. So far a handful of countries have done so, including Canada, the UK, Australia and New Zealand, and South Africa.

A plan in the U.S. is expected to be finalized and released in spring, 2023. It will include language that can be incorporated into codes and laws, as well as priorities and goals for research and other activities. Though it is a 10-year-plan, it will be reviewed at the five-year mark to see if adjustments should be made, said Megan Ferraro, a member of the steering committee that oversees the project, as well as executive director of the ZAC Foundation in Greenwich, Conn. and Malvern, Pa.

The work groups and steering committee are populated by stakeholders of all stripes, including water safety organizations, safety experts, health experts, and non-profit foundations. Some of the more high-profile organizations participating include the American Red Cross, YMCA, Boy Scouts, the National Drowning Prevention Alliance, USA Swimming, American Academy of Pediatrics and the CDC.

This spring, the group plans to release a delphi survey, allowing feedback and ratings of the comprehensive plan draft.

At this point, the steering committee and work groups have made several observations about the state of water safety in the U.S.

“We have a lot of stakeholders who are doing really strong work in drowning prevention awareness,” Ferraro said. “But we know that we have real gaps in water safety education — there are real racial disparities. And there is a lot we don’t know — which swim lessons are most effective, at which age swim lessons are best taught. We’ll be taking some of those gaps that we know exist and creating research projects around them.”

With the U.S. being such a massive geographical expanse, the group is encouraging states to develop their own water safety action plans as well. So far, California is doing so.