The Finer Points of Water Treatment 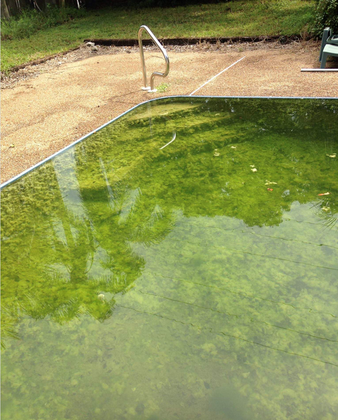 Some habits serve us well but, where pool and spa chemistry is concerned, some habits and beliefs have become outdated. Just because the professional who trained you has been doing it a certain way, doesn’t mean that was a good habit in the first place.

I would argue that water and what we know about it are changing. And our knowledge of chemicals has changed. As the industry progresses, so should we. We need to stay updated and be as accurate as we can in how we dose chemicals and otherwise treat water.

The following are some common misunderstandings about chemistry and the correct information. These misunderstandings don’t necessarily make water less safe, but I think they cause frustration when trying to figure out why we can’t get ahead of certain problems. Plus, these misperceptions can result in wasted chemicals and other inefficiencies.

Sanitization and disinfection versus oxidation

Some professionals use these terms interchangeably. However, they are not the same.

Sanitization is achieved by killing enough germs and microorganisms to make swimming pools safe for direct human contact. This is usually quantified by a minimum of a 99.9% kill within 30 seconds — which is also called a 3-log reduction. So a primary pool sanitizer must kill 99.9% of the germs and microorganisms, quickly, to keep the water safe.

Disinfection goes a step further. This is the complete destruction of all harmful microorganisms within 10 minutes. This is quantified as a minimum of 99.999%, or a 5-log reduction. We rarely see the need for disinfection in residential pools. However, it becomes very important, especially in commercial pools when an outbreak of cryptosporidium, giardia or another pathogen occurs. In those instances, disinfection of the pool becomes necessary. This involves high levels of chlorine with long contact times. Sometimes draining the pool is necessary as well.

Oxidation is the primary way we break down and remove non-living contaminants in swimming pools. Many assume this just involves chlorine burning through the contaminants, and in a way that’s correct. However, oxidation involves a more complex process that includes multiple layers of reactions. To simplify: An oxidizer such as chlorine takes electrons from a contaminant — say, bather waste, or a metal like iron. When the electrons are taken from the contaminant, their negative charge reduces the oxidizer. This is what we mean when we say chlorine gets “used up” or “reduced.”

Many professionals underestimate the extent to which oxidation can contribute to chlorine loss. Conventional wisdom says that if your chlorine gets used up throughout the week, it’s because the sun burned it out … so you must need more stabilizer. But if you have 30 ppm of cyanuric acid, which is not that much, most of your chlorine is protected. In most cases, 30ppm is plenty of stabilizer. The sun is almost never the reason chlorine gets used up.

Instead, the process of oxidation reduces a good portion of the chlorine. To get rid of the ammonia and/or urea in urine or sweat, you have many reactions taking place until it’s gone — each reaction using up more and more hypochlorous acid (HOCl). Oxidation uses up plenty of chlorine. Removing just 1 ppm of ammonia can take up to 15 ppm HOCl! Plenty of factors reduce chlorine, but oxidation of bather waste is a huge part of that. While chlorine makes for a strong, efficient sanitizer, it is comparatively a pretty weak oxidizer.

Breakpoint chlorination: Not necessarily what you think

It’s easy to confuse breakpoint chlorination with super-chlorination, which is also known as shocking. But they are different.

Breakpoint chlorination is a continual process, and simply means that the pool’s free chlorine level is ahead of “the breakpoint,” so that a free chlorine residual can be maintained. This residual forms after chlorine has combined with nitrogen compounds such as urea, creating chloramines and other disinfection byproducts, and then destroys those very compounds to a point where they can no longer be further reduced. This occurs through the constant and continual chlorination process — not just a one - time event such as shocking. With proper chemical treatment, the process should be continually happening — you just don’t notice.

As long as we have a free-chlorine residual, the oxidation of ammonia is continual. Only when chlorine falls behind the breakpoint is a boost like shocking necessary — and it’s only to destroy the combined chlorine and get ahead of breakpoint again, so that a free chlorine residual can be maintained.

One of those nutrients, nitrogen, comes in many forms, such as ammonia, ammonium, urea and nitrates. It serves as food for living contaminants in water. But it also combines with chlorine in some very complex chemical reactions with multiple stages, requiring more and more chlorine to eradicate it, in the process of breakpoint chlorination. The nitrogen compounds directly increase chlorine demand.

Another micronutrient, phosphate, also contributes to chlorine demand. However, it does so indirectly. Phosphates fuel the growth rate of microorganisms such as algae. Then these reproducing contaminants use up the chlorine. It’s understandable that many believe chlorine reacts to and destroys phosphates directly, leading to increased chlorine demand — even we were taught that for years! But that’s not the case. In fact, chlorine and phosphate don’t even interact in the water.

Think about it: have you ever shocked a green pool that was overcome with algae? Where was the chlorine level the next day? If it was low or even gone, chances are your chlorine was reduced by generation after generation of spawning algae. You had plenty of killing power with your chlorine (and perhaps an algaecide too), but because the generations kept coming back, the chlorine eventually got used up. You never removed the nutrients.

Unlike nitrogen compounds, phosphates can be easily removed, but this is done through the use of phosphate removers, not chlorine.

So if you’re facing a high chlorine demand, direct sunlight may not be the culprit. Perhaps it’s oxidation of bather waste or nitrogen compounds; or the repeated sanitization of rapidly reproducing microorganisms such as algae. We recommend supplementing chlorine accordingly, because we are relying on it to do many jobs.