A Closer Look at Corrosion in Swimming Pools & Spas 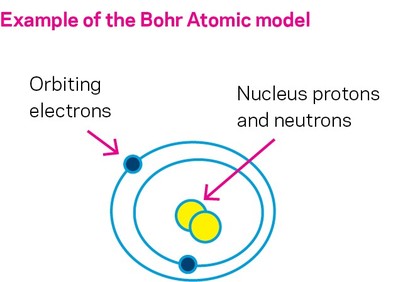 Corrosion is a serious and expensive problem not only for the pool industry but for mankind as a whole. Per the National Association of Corrosion Engineers, the estimated total cost for corrosion damage in the USA for 2016 was 1.1 trillion dollars.

In the pool industry, corrosion destroys heat exchangers, pool lights, niches, ladders and even the rebar that supports the shell. Anyone who has been in the pool industry long enough has seen corrosion damage. The product life of nearly every metal pool component is limited by this problem.

For this reason, I am presenting a three-part series on the subject. The goal is to help the pool professional understand the basics of corrosion from a physics and chemistry point of view so they may limit corrosion for their clients. Part two will cover the different forms of corrosion. The final installment will review corrosion-mitigation techniques.

Before discussing how corrosion occurs, we should look at a basic atomic model.

As you may remember from science classes, all material is made of atoms. A material consisting of a single type of atom is called an element. Elements are combined to make everything in our world. Each element is defined by a unique atomic number, which indicates how many protons it has.

A neutral atom has an equal number of electrons and protons, which cancel each other out. Atoms with a charge imbalance, whether positive or negative, are called ions.

The number of electrons in the outer shell plays a significant role in corrosion reactions — namely, it dictates how atoms react with each other. Based on the number of electrons in that outer shell, some atoms like to lose electrons, while others prefer to gain electrons. Sodium, for instance, prefers to lose electrons, making it a proton, or positively charged ion. Chlorine and oxygen, on the other hand, need to steal electrons. These elements tend to strip electrons away from other atoms to become anions or negative ions.

Ions of opposite charges will combine into solids, which are insoluble. This explains the material that is left behind after corrosion has taken place, sometimes referred to as “rust.”

• The anode is a loser of electrons. This metal becomes “oxidized” when all four conditions for corrosion are present.

• The cathode is an electron thief or oxidizer. This material is gaining electrons and being “reduced.” Examples include oxygen and hydrogen protons.

• The fourth and final requirement is that the anode and cathode have an electrically conductive path to complete the electrical circuit.

To prevent corrosion, one or more of these four factors must be eliminated.

Corrosion is an electrochemical reaction, meaning that a flow of electrons takes place from the anode to the cathode.

A common example in the pool industry is the failure of a heat exchanger core due to calcium carbonate deposits.

If the pool chemistry is not maintained and becomes excessively scaling (Positive Langelier index), the heat exchanger is in danger of becoming coated along the inside diameter. When this coating is not complete, some points of the heat exchanger tube have more exposure than others to the pool water, which contains dissolved oxygen. Because of this difference in exposure, the portion just under the deposit will become anodic, while the portion just outside the deposit will become the cathode.

In this example, the cathode and anode are on the same piece of copper and are close together, so the electrical resistance is very small. Under these conditions, rapid localized corrosion can occur. A cell develops, which can develop into a through-thickness pit, or a hole in the exchanger.

As we will see in the next column, gradients in oxidizer exposure make for a common driver of corrosion.

THE GOAL OF MITIGATION

Corrosion of a metal is bound to occur, even stainless steel. For this reason, corrosion-mitigation techniques are not meant to stop the reaction, but to slow it down to a point where it’s practically at a standstill, or to displace it through the use of a sacrificial anode. If done correctly, that stainless steel may not lose a substantial amount of material from corrosion until your great grandchildren have inherited your pool.

Please understand that this is a gross oversimplification of corrosion reactions. Hopefully this has given you some insight into the corrosion process. In the next column, we will discuss the various types of corrosion and identify the most common in a swimming pool application.