Non-Chlorine Shock: What It Is, What It Does 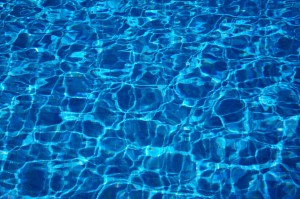 Throughout the history of the pool industry, chlorine has been the dominant oxidizer, and because of that position, many people in the industry remain unaware of the role non-chlorine shock can play in swimming pool water care. As part of a series of articles this year explaining major components of pool water care, this month AQUA takes a look at non-chlorine shock.

Pool chemistry expert Ed Lightcap has been involved in the pool industry in one way or another since the mid 1970’s, and is looking forward to his impending retirement in a few months. For much of his career, Lightcap has been an exponent on non-chlorine shock as a valuable component of a pool sanitizing regimen. Before he departs leisure aquatics permanently, AQUA had a few questions about oxidizing contaminants without chlorine, and why that can be a good idea.

AQUA: In as few non-technical words as possible, what is non-chlorine shock?

Ed Lightcap: It’s a product that oxidizes contaminants in your pool. It provides all the oxidizing power of chlorine, only it’s not chlorine. Basically, it uses reactive oxygen (“active oxygen”) to oxidize and remove contaminants from pool and spa water such as those found in sweat, urine and windblown debris. So it doesn’t add chlorine to your pool, and it doesn’t create chlorinated by-products — like chloramines.

AQ: What's so bad about chloramines, haven't we been living with them for the entire history of the pool industry?

EL: Chlorine is an excellent product for sanitizing pool water, which is critically important for our industry. But when it’s over-used, as in shock chlorination for example, it combines with contaminants to form undesirable chlorinated compounds like chloramine. Most people in our industry understand that chloramines are not effective sanitizers, and I think we all agree it’s better to have our chlorine free and available rather than bound up as a poor performing chloramine. But the real issue is that of the dozens, or even hundreds of different chloramines formed in pool water, many are irritating to swimmers eyes and skin. And adding large doses of chlorine to pool water, a chlorine shock treatment for example, makes the situation worse by converting soluble chloramine to volatile gaseous forms which escape into the airspace above the water where they are easily breathed in by swimmers. I think it’s fair to say that breathing chloramines isn’t a healthy environment.

AQ: Many homeowners are looking to use less chlorine in their pools. Why hasn't non-chlorine shock seen more growth in the residential pool market?

EL: For most homeowners, if you own a pool, you think chlorine goes with the territory. You just accept the fact that you have to use chlorine. And if nobody introduces you to the idea that you can use less chlorine, you never think about it. You’re just going to go on using it and worrying a little bit about whether your kids are okay, swimming in all that chlorine. At least that’s what we found in our survey of pool owners across the U.S.

And for people in the trade, people in pool service and retail, it’s not part of the educational program that’s taught throughout the industry on water care.

We don’t teach oxidation as a key part of regular water treatment. In all the courses I’ve ever attended, all the water chemistry discussions that I’ve ever been involved in, they go from sanitation to water balance, and then, if they have a problem, to remedial action. Oxidizers are back in the remedial action section, defined as something you don’t need to use unless you have a problem. But the best way to avoid a problem is to incorporate oxidation into the routine with sanitation, oxidation and then water balance.

If you just maintain a sanitizer and you oxidize every week, using chlorine or non-chlorine — I don’t care which — and you keep your water balanced, you will have good success with your pool and avoid a lot of problems.

You’ll get good water clarity from regular oxidation, and if you use a nonchlorine oxidizer, the pool will be ready to use every day of the summer. You’ll have very little downtime and minimal combined chlorine and essentially no chloramine odor. There may be some specific issues you’ll need to deal with from time to time — perhaps if you have an old sand filter, you might need a clarifier. Or if you’ve got well water or high calcium, you might need a sequestering agent. Or if you’re prone to algae because you’ve got trees or foliage or other things in your backyard, you might want to use preventative algaecide. These are things you add to your basic routine water care, but maintaining a program that includes sanitation, regular oxidation and water balance is the key. That’s an easy way to run a pool. But for the industry in general, the oxidation piece has never been in there.

Routine preventative oxidation is under-utilized and many pool supply retailers are missing a big opportunity to sell more oxidizers and at the same time, provide a real benefit to their customers.

AQ: How does non-chlorine shock change the pool's chemistry?

EL: It doesn’t add or form unwanted compounds, it simply uses an active form of oxygen to eliminate contaminants introduced from things like sweat, urine, dirt and debris. By comparison, many chlorine products used for shocking purposes contain cyanuric acid or calcium, which may be an unwanted addition to a pool’s chemistry. A non-chlorine oxidizer does not, so you are not building up CYA or calcium, which you’ll have to deal with later.

AQ: What are the prime situations that call for non-chlorine shock?

EL: I think it’s helpful to turn this question around and ask, “What are the prime situations that call for a chlorine shock?” A chlorine shock treatment is appropriate when you have a problem that requires a pesticide, like when you’ve got algae, maybe when there’s an accidental fecal release, or if you just have no chlorine in the water and you want to raise the chlorine. In all other situations a non-chlorine oxidizer should be considered.

For example, how about when your son or daughter has the baseball team over and they all jump in the pool, and then it looks like a murky bathtub afterward? That’s a great time for a nonchlorine shock. You clear up the water without creating a ton of chloramines. And you can get back in the pool very quickly after using it.

Basically, if you want to kill something, when you feel the need to have a pesticide, that’s when you need to use chlorine shock. But for all other occasions, a non-chlorine oxidizer can be a better choice, providing routine oxidation that removes contaminants without creating disinfection byproducts. Non-chlorine oxidizers should be the workhorse for routine weekly oxidation, with chlorine shock taking the position of a remedial treatment alternative. And that’s a total paradigm shift from where the world is today on chlorine and non-chlorine shock oxidizers, but we’re gaining ground.

AQ: How does it work with salt?

EL: This is where we get into some pretty cool chemistry. But first, think about the person who installs a saltbased chlorine generator. They have already taken a large step away from chlorine — they no longer have to buy chlorine sanitizer for their pool. They do, however, still have to oxidize and maintain water balance. This customer is more likely to gravitate to a non-chlorine oxidizer, and there are good reasons for them to do so. For efficient chlorine generation the salt concentration in the pool must be raised to 3,000 to 4,000 ppm. Salt is chemically sodium chloride, and potassium monopersulfate, the active component in most all non-chlorine oxidizers, actually oxidizes inert chloride (from the salt) to form active chlorine. The oxidation of chloride to free chlorine is much more noticeable in salt pools with high chloride concentrations.

Now this happens very slowly, but that’s also beneficial because nonchlorine oxidizers’ primary purpose is to reduce and remove organic contaminants, which it does, but any residual monopersulfate oxidizer in the water will slowly raise the free chlorine level a couple of ppm. So you get useful oxidation and in some cases, a small boost of chlorine.

AQ: The chloramine problem is a bigger issue with indoor pools where there is less ventilation than outdoors. Does the fact that non-chlorine shock eliminates chloramines make it a better option in that environment?

EL: When you can smell the pool before you see it, you know there’s a chloramine problem. A lot of factors play into chloramines in indoor pools, but looking specifically at the chemistry — and comparing whether to use a chlorine shock or a non-chlorine oxidizer — there’s an obvious choice. Chlorine shock treatments will react with contaminants to form chloramine the same way a chlorine sanitizer will. The difference is the amount of chlorine added in a shock treatment is much larger, and as we mentioned earlier, large doses of chlorine convert soluble chloramine to volatile (gaseous) chloramines which foul the air.

This happens in all pools, but it is much more noticeable in an indoor environment. By contrast, a non-chlorine oxidizer will react with contaminants without forming chloramine and will not produce volatile chloramine. The result is useful oxidation of contaminants with minimal combined chlorine. The advantages of non-chlorine oxidizers in indoor environments are significant.